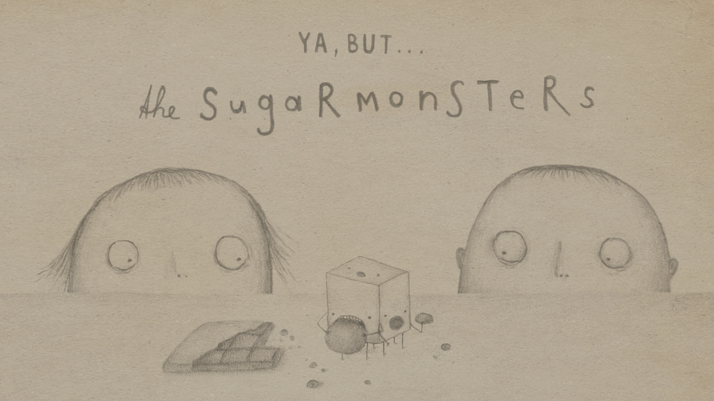 Our handmade mini picture book about chocolate – full of sweet surprises. Plus mini flip books, buttons and other frippery relating to the sugar monsters …

Available in our shop and at Bilderbox – one of Vienna's most beautiful comic bookstores. 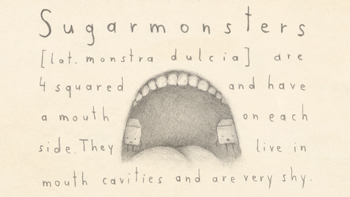 More information on
Ya, but … the Sugarmonsters 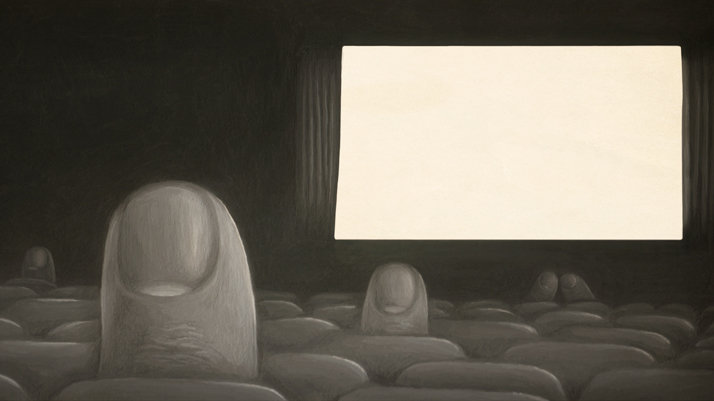 As long-time flip book fans, we launched the first Austrian flip book anthology in 2015 - in collaboration with Eric Chen from “Tisch 14” – an Austrian comic magazine.

“ÖD” is an abbreviation for “Österreichisches Daumenkino” (Austrian flip book), as well as a pun as “öd” also means dull and boring.

16 artists from the Austrian comic and animation scene have brought their stories to life in 2 issues so far.

We have also been organizing flip book workshops for young and old since 2016 (i.a. for Vienna Comix, VIECC, Pixel and Open House).

In addition to the flip book, we are also fascinated by other forerunners of cinematography - such as the wheel of life and the magic drum. They inspired us to create our own versions of it.

The phenakisticope (from the Greek words phenax meaning „to deceive“, and skopein meaning “eye”; literally “optical deceiver”) was invented almost simultaneously around 1830 by the Belgian physicist Joseph Plateau and the Austrian professor of practical geometry Simon Stampfer.

Arrayed radially around the disc's center is a series of pictures showing sequential phases of the animation, which can be played in a short continuous loop. 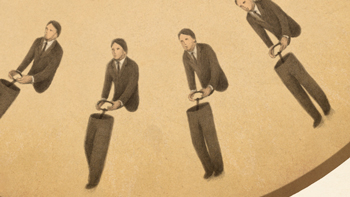 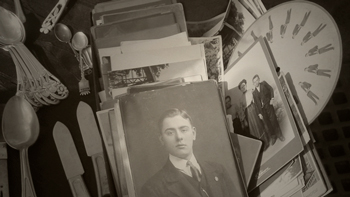 in a flea market

The zoetrope (from the Greek words zoe meaning “life”, and tropos meaning “turning”; literally “wheel of life”) is a further development of the phenakisticope by the English mathematician William Horner around 1835.

Instead of a disc, he used a painted strip of paper. He placed it in a drum that was open at the top and had slits through which the viewer could perceive the individual phases as a fluid movement when he let the drum rotate. 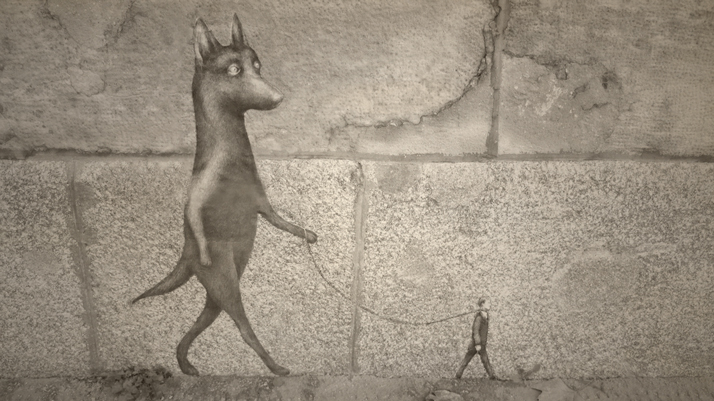 „Graffiti is one of the few tools you have if you have almost nothing. And even if you don't come up with a picture to cure world poverty you can make someone smile while they're having a piss.“ 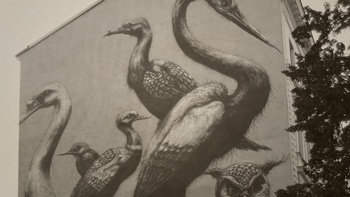 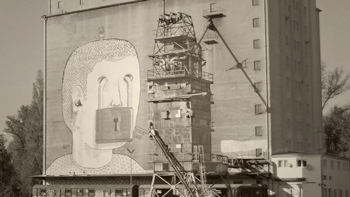 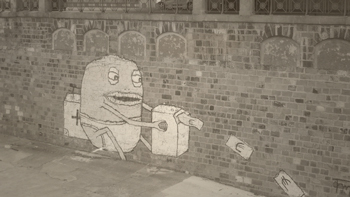